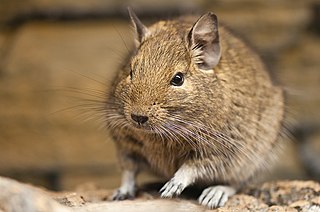 Registrations are closed because it's just big enough.
Invitations are available to all current members.

Here I believe everyone deserves freedom, but also to be safe from harassment and hate. An abstract notion of asymmetrical freedom will not be given a higher priority - freedom of speech doesn't mean you are immune to any liability for your actions and get to yell everywhere, especially if it restricts the freedom of others.

I'll always try to solve problems in the most rational and safe way possible for users, and try to discuss any issue with the people concerned if I think it's worth it. If you at least try to be good and comprehensive, so will I. I understand and accept mistakes, but not being bad on purpose.

Advertising: Probably never, if any it will not be integrated into content or intrusive, at most I'm thinking about the Wikipedia way of asking for donation when needed.

Federation & Politics: It federates with nearly everything, I'll silence or block whatever instance are common sources of issues as needed. (silence: anyone can follow anyone, but toots will be hidden by default. it will be preferred. suspend: (nearly) no communication with)
For example when a remote user harasses a local user or sends spam, their instance admins will be notified; if they find such behavior acceptable and tolerate it, the instance may get silenced to prevent likely future issues. If the instance admins are themselves part of the issue, suspension is considered. The list is published at the end of this page.

CW: On public toots (not unlisted, private, or direct), content warnings are required for any kind of (explicit enough) violence (with or without pics, including gore, *phobia, abuse, sexual or not) and referring to it; sexual content (pics must already be tagged as NSFW, use a CW if you have text or want to warn about specific content).
This is not about what is culturally or religiously accepted, but about common sources of trauma that deeply hurt people for very real reasons. Consider yourself lucky if you don't need any of it, but it's about others.
They are also appreciated but not mandatory on: politics, spoilers, anything depressing or too negative. Use them in an opportunistic way.

Privacy: As people bring up the issue regularly with Mastodon, I can technically read your DMs or private statuses. So does Twitter on Twitter, Google on GMail, IRC operators on the text sent over their servers, and any other service that doesn't encrypt the content end-to-end. However: 1. I will not do so unless i have a serious and justifiable reason (like a report sent by the other person involved in a DM), and I will in any case respect your privacy unless someone or the instance's safety is at risk. 2. If secrecy is paramount, you are allowed and encouraged to encrypt your DMs (or any other status) by any mean available that is preferably out of my control, so that I simply can't be asked to read it.

Support / Servers: You can support me/this instance through a Patreon here or on Liberapay and you can get a VPN here or send bitcoins to 18NY191tpG3WhvRbjxxcqHG4MFgCkSSsAA.

If you're wondering, it's hosted in France.
Feel free to report it to me directly if it's slow or anything doesn't work.

Mastodon generally allows you to view content from and interact with users from any other server in the fediverse. These are the exceptions that have been made on this particular server.

Posts from these servers will be hidden in public timelines and conversations, and no notifications will be generated from their users interactions, unless you are following them: