I recently ended my horror hosting live show (theaters are dead/pandemic) and have moved to streaming! Catch me on Twitch where I am slowly adding content.
Twitch.tv/DrBobTesla

Remember when #Google used to have a motto of Don't Be Evil?

Anyone used the Epson printers with EcoTank? I need a new printer and I think the EcoTank would be worth it vs. buying new cartridges all the time

We will be doing a 24 Hour Sci-Fi Movie virtual marathon on #twitch starting at noon!

When a giant lizard invade your shot, it's time for a selfie!!

This would have blown my mind back in 1984
Dragon's Lair for TI-99/4A - An Impossible FMV Port
https://youtu.be/dYcl0ozAjiE

We're starting our new series, Cliffhanger Theater, over on #twitch in about 15 minutes with the first chapter of the MYSTERIOUS DOCTOR SATAN! Check it out!
twitch.tv/DrBobTesla

We'll be streaming DANNY JOHNSON SAVES THE WORLD on our #twitch channel in about 10 minutes!
Celebrate #Christmas2020 with a family-friendly Christmas Monster Movie!
twitch.tv/drbobtesla

Tune in Friday at 7 pm EST on twitch.tv/DrBobTesla and see me and Charlie play R-Type and Vanguard. Loser has to do hot sauce shots.

My little girl is only 2 years old (and a month) and she read a 4 letter word today. She spelled out B-O-O-K and I asked her what that spells and she said “Book!” I’m very proud :)
#parenting #ProudParent

Woot! Artist Bradley Beard did a portrait of my horror host character!

Sergei Magnitsky was a tax lawyer and auditor.

He died eleven years ago today, on November 16, 2009, tortured, beaten, and denied medical treatment, in a Russian prison.

His crime was upholding the law, and pursuing corruption to the tne of 5.4 billion rubles ($230 million), stolen by Russian Interior Ministry officials from his client, the Hermitage Fund.

Sergei believed in the law.

He knew right from wrong and he was willing to stand up for the things he believed in. When Sergei discovered that senior Interior Ministry officers had stolen the investment companies of his client, the Hermitage Fund, and then went on to rob the Russian treasury of 5.4 billion rubles ($230 million), the proper course of action was obvious to him. Sergei immediately decided to testify against those corrupt officials.

In December 2012, the United States passed the Sergei Magnitsky Rule of Law Accountability Act, which imposes visa sanctions and asset freezes on those involved in Sergei’s arrest, torture and death, as well as other gross human rights abusers.

The incoming US administration should make full use of this act against Magnitsky's muderers.

Tuesday night (Election day), we will be streaming from my #twitch channel all night. Starting at 7:30 pm (EST), we will be playing an Election Night #Arcade! Why? So I don’t spend all night refreshing websites! If you need anything to take your mind off it, feel free to tune in! We will be keeping up on the #election and letting people know when there’s news.
Tune in at
https://www.twitch.tv/drbobtesla

We'll be streaming our 4 Tokens show on our #Twitch channel in less than 2 hours (about 6 pm). This time Bob & Charlie will be diving into the #Tapper bartender and his career as a lumberjack!
www.twitch.tv/drbobtesla

Going to be stream on my #twitch channel today at 7 pm. We'll be playing some #halloween themed #arcade games! Check it out!
https://www.twitch.tv/drbobtesla

its funny that peoplr act like wealth redistribution is this radical impossible political idea when in america every 10 years there is an economic contraction and you, the worker, have your wealth redistributed to the rich 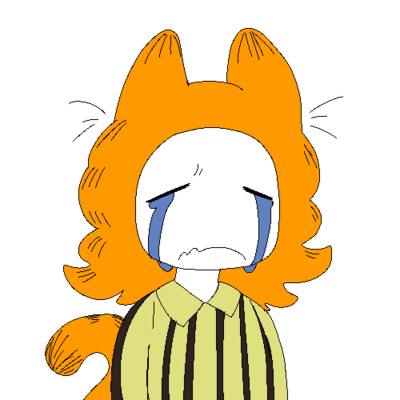 Cops are asking for a raise here and everyone is just sharing pictures of every time other workers asked for a raise and the police beat the shit out of them.

I installed a bidet in our bathroom today. I’m not that handy so installing it with no leaks and perfect alignment in one go makes me happy.
Other than that, this is going to be a weird transition for us. I know the reasons to use a bidet (better job cleaning and better for the environment) but we’re Americans and bidets are like the metric system here. But it was offered on the Amazon Treasure Truck last week for just $25 so we said let’s try it. Fingers crossed we won’t regret it.

I found out that my wife and I are marriage goals to 2 of my friends. They call us Gomez and Morticia. 😃 😍 I am completely ok with this.

Tomorrow at 5:30 pm (Eastern), we'll be playing 3-player Rampage over on my #Twitch channel. Check it out!
https://www.twitch.tv/drbobtesla

I'm really enjoying this channel I started on twitch. I love getting to play classic arcade games and talk about them. I wonder how long until twitch gets all the joy sucked out like youtube did to their small creators?

I recently ended my horror hosting live show (theaters are dead/pandemic) and have moved to streaming! Catch me on Twitch where I am slowly adding content.
Twitch.tv/DrBobTesla