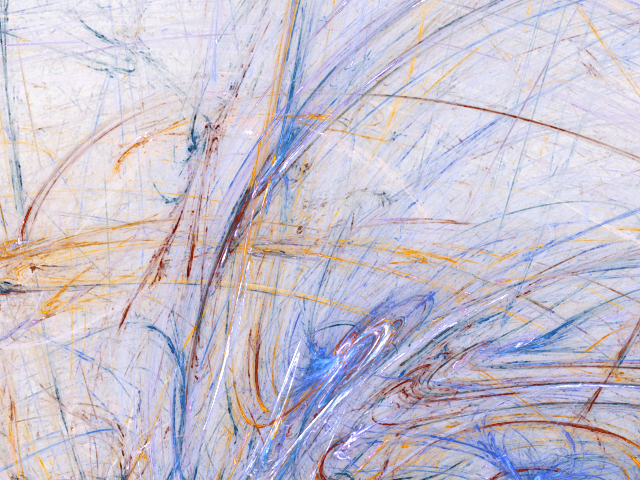 Ops side of tech, genderqueer, ⚧, lefty. #cw show watcher. Trying to de-cynic after years of being a sysadmin. She/her

GMail changed its font on me, and I like it.

DayJob wants me in the SF office in the middle of next month for a Leadership Onsite. The good part is I'm getting invited to it, and we've had a lot of senior leadership changes lately so we get to meet new people. Happy as I am about it, that's still air travel in the time of pandemic and I haven't gotten it yet.

And in October, there is another thing in the NYC office. I'm totally on the fence about signing up for that. In the "Yes" camp is meeting a bunch of senior engineers face to face and improving my social capital in a part of the company I rarely get to talk to. In the "No" camp is "pandemic".

This quandry isn't an "they're forcing everyone back to the office!!!" problem. This is a "I'm senior enough they're willing to fly me places" problem.

I made my breakfast bars this morning. Which involves honey.

Which means I'm sticky in places I don't want to be sticky.

Glimpse of a rainbow behind the trees during sunset.

Looks like the GOP establishment is nudging Trump out to pasture. We'll see if they get away with it. That said, the real danger now are Christian dominionists like Florida Governor DeSantis and Trump's VP Mike Pence.

During the early parts of 2017 as we were getting used to Trump actually being there while still brainstorming ways to get rid of the guy, I kept quietly saying, "The only reason Pence is better than Trump is that he's better about following custom. Pence's vision of America is one with a defacto state religion." We saw that when Pence was Governor of Indiana, DeSantis is a Governor in the Pence mold.

Had Pence somehow taken over in 2017, we'd still have a 6:3 Supreme Court that was busy rolling back the last 100 years of civil rights case-law. We probably wouldn't have had an attempted coup, though (probably because we'd be in Pence's second term, and it would be a 7:2 Court with Kagan and Sotomayor writing eloquent and scathing dissents the whole way)

The 2024 nomination fight for the Republicans is guaranteed to have a dominionists in it. If not a battle between two of them. It could end up a fight between a dominionist and Trump. Frankly, that'll be a bit like watching the UK select a Prime Minister right now.

Trump may be fading as king-maker, but that only means the fight is entering a new phase. The Christian dominionists, or cristofascists, are the new *overt* face. They've been there since the late 1970s, but their long game is coming to bear fruit.

This morning I was reminded that I hadn't set up my usual set of muted words here. There are a set that get retweeted into my twitter timeline from a place of "look at what these assholes are up to again" which I really don't need to see. I don't participate in the meme wars, and I'm plenty familiar with what people who want me to go back into the wrong gender-box want me to do.

Dude. Road salt and blue paint. You don't need a lab for that. #TomSwift

There are a LOT of white supremacists who would like NOTHING MORE than a planet to send all black people to. Tell them what you're up to, get a whole lot of support. This actually happened ("own country" instead of "own planet" obviously) in the 1800s. Some black people said they'd like to go back to Africa, and a bunch of white supremacists said, "good idea" and helped fundraise and provide logistical support.

I'm a bit iffy on the "Tubman" initiative.

That said, they're playing colorism games with this series that I'm liking.

that's some fucked up shit. #TomSwift

I suspect my body is drifting into a bimodal sleep pattern. However, such patterns are not a good fit for the modern state of US capitalism.

I didn't vote FOR our current President, I voted AGAINST the other guy. You can do that in 2-party systems like ours. Both count the same, even if the motivations aren't. Presidents who forget this are living in fiction.

I've been slowly working my way through "Wilmington's Lie: the story of the 1898 coup", which is how white supremacists violently seized Wilmington's government from a racially integrated (for 1890's versions of integrated) one. This is frikkin hard reading.

I just got to the "Maybe if we give them some of what they want they won't kill us all," stage of hoping to avoid a slaughter.

It did not work. It made is easier to paper over the blood stains once the fighting stopped.

There is a certain much-derided wing of the Democratic party attempting to make this bargain with the right to avoid a slaughter. It won't work.

This is the GoFundMe for the lone abortion clinic in North Dakota, in Fargo. They want to move across the river to Minnesota (Moorhead) in order to stay in practice. They're almost at their goal! Can you help?

To be clear, if I ALSO put Monkey Pox in there and also kept my original new-pandemic (a first-contact plague) in place, the death toll would be MUCH HIGHER than I wrote. I assumed a fairly robust response.

I did not assume that the health authorities in question would functionally do nothing about it until this R0=20 monster got out and destroyed what's left of our healthcare system. The good thing about that plague is the vaccine is pretty easy and long lasting. The bad part is you have to live long enough to develop it.

I may return to that world, but in a book 2 where all of this is the past and I don't have to go into nit-picker's delight detail.

I wrote a novel-sized thing over 2019. It had a pandemic in it. In fact, I got to "THE END" right as we were hearing about Wuhan China.

Okay, that's fixable when I have time. I have a plan.

Then Monkey Pox getting ignored by everyone who can do something about it.

*Throws up hands* Okay, I get it. This novel is not meant to be seen by the world.

That thing where you find a typo in an old presentation, but don't want to update it because it would ruin the timestamp on the presentation.

I'm reading "Wilmington's Lie, the story of the 1898 Coup" right now, and wow. I picked it up to learn how the setup to the coup happened in order to see the parallels to now.

I'm the chapter that is a few days before the election of 1898 (the coup happened a few days after). The black community knows damn well what is coming, the white supremacists have made it obvious that blood in the streets was their goal all along. But we're seeing the influential members of the community, ministers for the most part, counseling peace and even tempers. The Republican party (remember, in the 1890s the Democrats were the party of racism) kept giving things away to avoid outright violence from Democrats.

And I'm struck. The gun-buying frenzy on the right is a clear symptom of that heady mixture of racial-based anxiety and a deep desire to use the damn things. The counseling of mainstream Dems to _just vote_ when the other side is doing their damnedest to make voting harder or make it so the electorate making the wrong choice can be corrected. Hell, we even have a variety of Red Shirts in the form of Proud Boys. While we don't have white supremacist rallies and parades, we have the Internet where that can happen silently. It's all there.

Vote, yes. That's one thing to do. But also fight everything else. At the moment the Democrats are strongly favored to lose the House, and if that happens what little progress Biden has been able to make comes to a complete stop. We'll be on hold for the 2024 elections come hell or high water.

"Are you sure you want to log out?" prompts on sites that lock you out if you look away from the site for 5 seconds are *rich* let me tell you. It should be one-click-out. Y'all want me gone so bad, don't make getting out hard.

Ops side of tech, genderqueer, ⚧, lefty. #cw show watcher. Trying to de-cynic after years of being a sysadmin. She/her