Imagine a Native American community with a Disneyland-like resort built over their villages & ancestor's graves, made to do bastardizations of sacred dances, in 'sexy feather headresses' & entertain the rich tourists for starvation wages, 12 hrs a day 7 days a week 1/?

living sardine-packed 20-to-a-house. And then be arrested for speaking their own language. It'd be an outrage, right? But that's just everyday life, in US-colonized Hawaii. (2/?)

Yes, the language was banned, and in 2018 a Hawai'ian professor Kaleikoa Ka'eo was arrested for speaking Hawai'ian in court despite Hawai'ian *technically* being an officially recognized language.
https://splinternews.com/judge-issues-arrest-warrant-to-hawaiian-man-for-speakin-1822421239

I'm Native Hawaiian and been repeatedly homeless in my own land, like so many others. While American and other foreign billionaires own countless mansions &unoccupied multi-million dollar condos here. Zuckerberg's1300 acre ranch, Larry Ellison owns Lana'i. Fuck colonialism.

Neofeud is a game about my experiences growing up in Hawaii's ghetto, being a social worker & STEM teacher for poor, homeless, refugees, mostly non-white kids in slums of Hawaii the tour buses avoid. 100% of sales go to housing and feeding more Hawai'ians.
https://silverspook.itch.io/neofeud

TMT is US-led colonialism in Hawaii. A 1.6 billion dollar corporate project founded in racism, no consent from indigenous people, threatening police violence against us Native Hawaiians. The massive environmental waste will impact the water my kids drink.
https://twitter.com/KanielaIng/status/1152012305263144960?s=20

Many Americans think that Hawai'ians lived in huts prior to colonization. The US actually de-industrialized Hawai'i. Before 1898, Hawai'i already had electricity, mass transit, railroads. Iolani palace had electric lights before the White House.

The West also lies about Hawaiian 'savages living in shacks' prior to colonization. The US actually de-industrialized us. Before 1898, Hawaii already had electricity, mass transit, railroads, and invented functioning submarines as Jules Verne merely imagined 20,000 Leagues Under the Sea.

The G7 actually owe tens of trillions in reparations to China in pilfered tea, silk, porcelain, the contents of the Summer Palace, the massacre of the Opium Wars, and a century of colonial plunder.

What the 100th anniversary of the CPC means for humanity
"The scale of social and economic achievement in China are quite literally on a scale never seen in any other country in human history. This is not merely a fact, but it must be the starting point of all those involved in the international communications of China."
https://www.learningfromchina.net/what-the-100th-anniversary-of-the-cpc-means-for-humanity/

"China, the wisest nation, is a four thousand year old civilization, the antidote to the illusions of western, Christian historiography, and still offers 'the best constitution' (Essai sur les mœurs). Does it not rest on the merit of the mandarins, which this commoner Arouet (Voltaire’s real name), admirer of Louis XIV, opposes to birth?"
--Voltaire on China's meritocratic system versus aristocratic inherited privilege in Europe.

Lazy ass military-industrial propagandists. It's not missiles, it's a goddamn windfarm, with visible windmills. 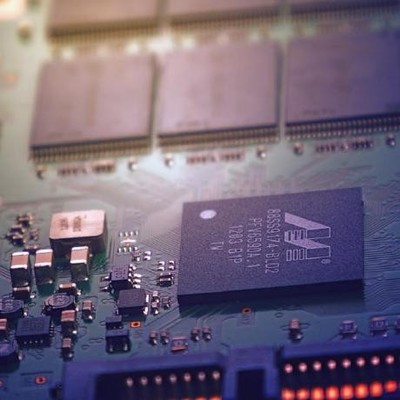 @silverspookgames And you'll get downvote bombed and comments like "Okay, Xi" and "How's that 50 cents?" if you try to point this out on "liberal" social media.