Amazon Deforestation Falls Where Land Is under Indigenous Control
https://www.scientificamerican.com/article/amazon-deforestation-falls-where-land-is-under-indigenous-control/

For all the disingenuous crying colonizers feeling fragile and called out on their first world mountain of slavery/genocide-backed human and environmental exploitation.

The Chinese are a native people (not colonizer) that have defeated Western omnicidal capitalism and lead the world in renewable tech and environmental restoration. 50% + of all solar materials come out of indigenous Xinjian (where sheep help clear 5000 square kilometer solar fields) The Western capitalist world murders the Uyghurs with B-52 bombs while lying about 'genocide' like Iraq WMDs to stop this process of indigenous ecological actual socialist coexistence.

As China rises, Western countries met at the G7 to scheme how to weaken its growth. But what does the long-term path for the globe look like? Can capitalism stay alive without more workers to feed on?

Also, blaming indigenous people who have had their people slaughtered in the millions, their languages and cultures banned, trillions of their resources plundered by white capitalist colonizers, who then sometimes end up forced to work jobs on an oilfield because there's no other way to feed their hungry kids is the height of white colonizer hypocrisy. Like, we wouldn't be doing that if you hadn't destroyed our entire people for profit. That's like 'black on black crime' racism against natives. 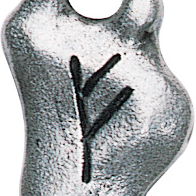 @silverspookgames One problem I see is that China's success is at least in part based on decidedly capitalist roots. Lots to chew on there because the country certainly has retained some communist/marxist aspects too.