Here's the latest data thats come through from FOI requests to the Tavistock and Portman London Adult Gender Identity Clinic.

The wait list to be seen is now 8745 patients long.

At their best ever speed of seeing new patients, that would take them 9-10 years to offer a first appointment to a new applicant.

At their current speed it would take 19 years.

it takes takes two appointments to get an assessment for GD which allows access to hormone care and later surgery - wait times between 1st and 2nd appointment are currently 2 years.

So new trans patients have a wait time of somewhere between 11 to 21 years until they have a chance to begin hormone treatment.

Since the end of the last financial year recorded on the previous graph, a second FOI has show that the GIC has recorded an average of 479.4 patients being referred per month to their services.

That means that the largest GIC in the UK is currently getting referrals over 12x (1200%) the capacity that their service is able to accommodate.

This is not a funding issue, The GICs have seen NHS funding increased year on year. Instead the system was designed to place as many blocks as possible in order to prevent people from accessing medical care (No really, they literally held a symposium and decided that they needed to create the GICs, otherwise "too many people" would transition - If you want further reading on that i'd highly recommend "How Sex Changed" by Joanne Meyerowitz)

The only feasible way to clear this mess is to abolish the GIC structure as it now exists and move to a new system where GPs provide the short assessments needed to check that a patient is safe to begin transition.

This is not a revolutionary idea, the NHS already issued guidance in 2008 saying that GPs were able to do this (as well as prescribe hormones) as long as they "felt competent". The only thing that stands in that way is the GPs saying they "dont have adequate training" which is shorthand for i dont want to touch trans people, and the local CDC doesn't want to waste its resources on them.

In the current GMC hearing it has been discovered that sufficient training for medical professionals to assess and prescribe trans patients already exists in the NHS,. It's is a one day course. The assessments could take as little as half an hour.

Half an hour instead of a 20 year wait.

Here is Professor Butler, the director of the Tavistock GIDS service (the under-18 gender clinic) being made to state formally for the record at the current hearing what qualifications are required to assess and treat a trans patient:

@siege The hearing has been absolutely mind-blowing to follow. At every step, the GMC's "investigation" has been as professional as a bunch of blitzed medical students suddenly realising they've got a load of coursework to hand in at the end of the weekend and they've done nothing, with highlights including not asking for medical records until a couple months ago, rather than, say, at the outset. And now dropping 150 pages of "expert" testimony on W's counsel at 1745 last Friday! (Starting with a doctor who isn't even particularly familiar with trans care in the UK) Very disappointing the MPTS chair let that in, but it seems, as with most of the GMC's evidence, to be more of an indictment of the system's sheer awfulness than any wrongdoing by W.

So happy I escaped ever having to deal with the awfulness of CHX, TransPlus is a demonstration of just how easy the process *can* be, and the other "pilots" seem much the same. But yes, we need GPs to be genuinely empowered to prescribe HRT without the implicit threat that doing so will incur the same fate as Reid, Curtis, and the Webberleys. Only if the individual's regimen titration doesn't work as usual is there potentially a need for an endo to be involved. (And similarly, we *do not* need endos approving or disapproving of anybody's transition, only their bloodwork) 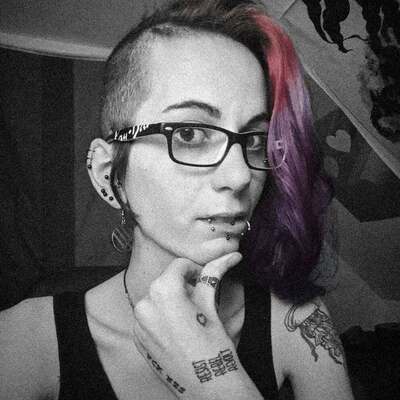 @siege waaait a few days ago i had the horrific experience of stumbling upon a crappy terf article about detransition, and the authors used to work at the Tavistock GIDS, shit had me shocked for the following days (i don't live in the uk so I'm not familiar at all with the health system there)

not that surprising anyways since y'know big health services are bound to have this happen... but still, all of this is just appalling, even moreso with numbers... and it's made to be that way. mmmm yum.
0
Aug 17, 2021, 10:20 When dealing with an actively hostile system, the best way forward is for us to form our own networks to provide eachother with mutual support and promote access to the healthcare we need. 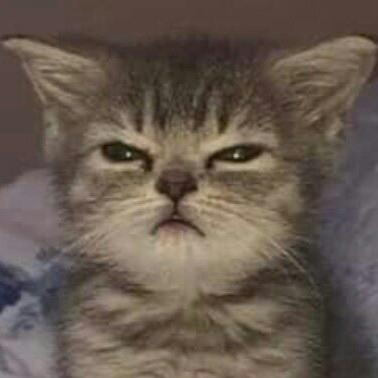 @siege inhumane, i know sweden is pretty bad for this too. it's awful
0
Sign in to participate in the conversation