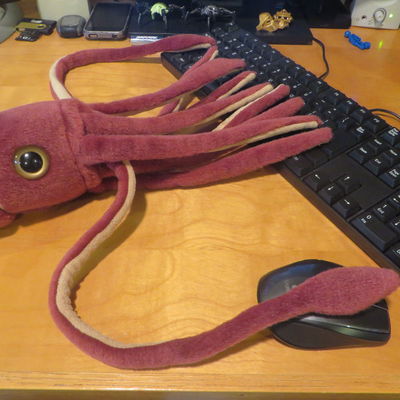 I need to update my pinned #introduction post now that I know I'm trans. Hey, I'm Squiddy (she/they), an engineering student who's started working at a bakery instead of doing engineering schoolwork. I'm really interested in learning more about permaculture and social ecology, and even more importantly, putting their principles into practice. I move closer towards anarcho-communism with every passing day.

I know I'm preaching to the choir here but, trans girls 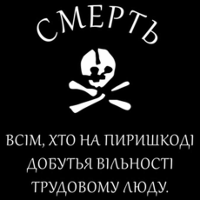 all right, so i've had a lot going on lately, and i think it's time i talk about it, get it off my chest (thread)

the brunch guest has returned. my sisrer gave him one piece of bacon last week, and that's apparently enough to make him decide to become a regular

one of the neighborhood cats decided to hang out under the bird feeder, and the crows were NOT happy

no Xan is an island 🏝   @InvaderXan@sunbeam.city

Great redwood forests used to grow across the whole of the Pacific Northwest. The forests which remain are only 5% of what they used to be before the 19th century.

I remember during Ferguson (back when I was a liberal) when I saw the narrative of outside anarchists coming in to sow chaos and I was really confused because I had only recently seen my first introduction to anarchists as a real group of people with a rational consistent ideology, an article about Portland Anarchist Road Care

The article struck me because they had talked about how anarchists want to empower communities to take over the roles of the government voluntarily so that the government isn’t needed anymore, and I had never considered that angle before (but wasn’t convinced enough to look into it). So the illusion of “anarchists” as just deluded teens trying to start fires and cause chaos and hurt people with absolutely no goal in mind was broken, and I just thought “No, why would anarchists do that? Why would anyone do that? No actual person wants chaos for no reason”

I didn’t think about anarchism again for like 2 + 1/2 years after that, but in hindsight it’s amazing how much recognizing anarchism as a coherent political philosophy can immunize you from the state’s narratives about them

brought some burnt pretzels home from work the other day. my sister didn't mind that they were burnt, but she did think that they were too salty. here's hoping the squirrels appreciate them, at least

i planted some seeds from persimmons i gathered on campus last year and 3 of them have germinated so far!

i've been hauling giant lumber slabs all weekend, and i'm pretty sure i've pulled something in my shoulder. they should make for some nice tables, though

i've spent the past 3 days hauling wheelbarrow after wheelbarrow of mulch uphill. over 30 cubic yards. my limbs feel like they're about to fall off.