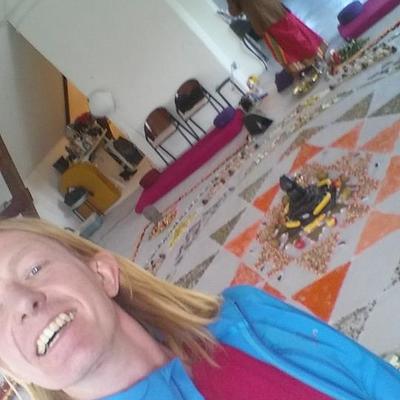 The #GNU #Guix package graph is now rooted in a further reduced set of binary seeds, at about 60 MiB it weighs 25% of what it used to

How #bootstrappable is your distro?

We closed the gap between Stage0 and #GNU Mes: the Full Source Bootstrap is near!

The package graph is now rooted in hex0, a #357-byte binary & ASCII-equivalent https://github.com/oriansj/bootstrap-seeds/blob/master/POSIX/x86/hex0_x86.hex0

Can wie just bootstrap nix from it?

@mic92 yes, porting this to nix should be very doable; there are already two repos that have bits of this

@janneke
You claim, that is not a spaghetti recipe?
Change my mind!
@fsf @conservancy @fsfe @nixos

@wauz @fsf @conservancy @fsfe @nixos i see no reason to convince you of anything; just keep installing binary blobs if that makes you happier

@janneke
I leave sourcery to magicians...
And I see, that a two-dimensional chart of a heap of spaghetti is kinda problem.

I suspect this is a widely-shared sentiment amongst anyone interested in bootstrapping and reproducibility:

Alternatives, counter-examples, or patches all welcome for consideration.

@deejoe
It's not a sentiment. It's just the fact, that you just can't make a complex thing looking easy.
Though the chart may be quite correct, it doesn't really help to understand, what's going on.
And I don't have any idea, what to do about that problem.
@janneke @fsf @conservancy @fsfe @nixos

@wauz @deejoe @fsf @conservancy @fsfe @nixos yes, i see how images like these can be intimidating and thus possibly not be the best introduction to sell bootstrapping.

How did you find the "recipe for.yoghurt" metaphor?

@janneke
I didn't find it, yet. I principally think, that the issue of making a piece of hardware a computer is worth a lot of thinking.
Even, if you don't regard actual hardware, there is a virtual process of constructing a complexity of many components.
Alternative to a bootstrap process was instant plugging of components, and that is very probable far more complex.

I meant, the sentiment expressed in the following statement.

I viewed these toots as a status report, not a newcomer's tutorial.

Perhaps if you seek the latter we should be talking about other documents.

As an observer largely outside these projects, but in favor of their work, I would be interested in talking with you about them, too.

Somehow it got into my TL. First Impression: spaghetti code. Something they told us to avoid. That was in times, where system were 'instant'. You just pushed the power button.
Nowadays the question would be, what, if not a bootstrap process?
Hardcoded machines are imho not viable, and any other approach more complex.
We are stuck to the idea of algorhythm and therefor v.Neumann machines. We use them excessively, but we don't exceed.

@deejoe
Is there any theoretical approach to 'machines', that don't use filesystems? Arrays of v.N. machines, that organize themselvey as a worksharing society?
Well, if so, was it less complex or more easy to handle?

my view is that there is a lower limit to how much complexity is involved in any given task.

among the various challenges in using a computer to help with a task is deciding how to partition that complexity amongst computers and people. Usually making a task 'easy to handle' for some means increased complexity elsewhere.

@deejoe
That seems to be a rule like entropy...

@wauz @deejoe Stafford Beer’s “viable systems model” includes a theorem that says: no working system can be less complex than the sum of the complexities of all the other systems it interacts with.

Beer states the theorem in the language of mid-20th century management science, so it sounds like he’s only talking about “firms,” but the theorem is a completely generic application of the pigeonhole principle and applies to anything at all that reacts to external stimuli.

This is amazing, good job! 💪

@janneke Woow. 👍 to everyone involved!

Who would have thought this would become a reality in so little time? (Well, it’s a lot of time for you hacking and sweating, but in the grand scheme of things, it seems like very little time to me!)

@janneke This is incredibly exciting! Congrats!

I noticed the bottom node in that graph is guile-bootstrap; does that mean that for now a binary copy of Guile is still required to bootstrap the rest of Guix?