When the system of giving the President codes to launch a nuclear attack was first developed, there was a lot of debate over how it should work.

One proposal was: the codes should be placed in a capsule, which would be implanted under the skin of a presidential aide.

That aide's job would be to carry a butcher knife, ready to hand to the President at any time.

If the President wanted to launch the nukes, he would have to kill a man with his own hands to do it. 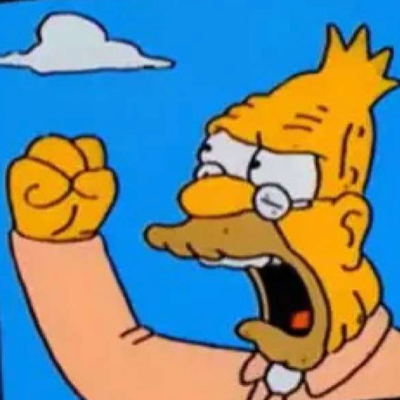 @jalefkowit Given the consequences, this hardly seems disproportionate.

@kgerloff I believe that was the point -- not so much a serious proposal, as one meant to highlight the amount of power that was being placed into one man's hands.

When I grew up in West Germany in the 80s, my mom took me to peace marches. They showed us where there were little tunnels under key roads, designed to receive explosives.

The idea was to blow up the roads and keep civilians contained in nuclear-hit areas, so that the military could move without refugees getting in the way.

@kgerloff Oh yes. A lot of NATO planning went on around how to cope with what was expected to be a massive wartime refugee outflow. But it was much less "what will we do with these people" and more "how will we keep these people from getting in the way of military movements".

@jalefkowit Indeed. And as a kid, it was stunning to realize that myself and everyone I knew and loved were counted among the people that needed to be kept out of the way.

@kgerloff @jalefkowit That recognition somehow didn’t mesh with the US government pronouncements about its unending commitment to protecting its Western European allies.

@jalefkowit I visited towns near the border with Eastern Germany that - it was said - were scheduled to have a nuke dropped on them in the early phase of a hot conflict, just to show the Soviets that NATO was serious.

I grew up maybe two hours from that border (a lot of Germans did). I had more than one kid’s / YA book about what the days after a nuclear strike would look like.

@kgerloff @jalefkowit The UK had Threads (film) and When the Wind Blows (graphic novel turned into an animated feature film). Both utterly terrified the nation. I don't think Threads was ever repeated after it was shown in 1984

@kgerloff @jalefkowit And it’s not the most inhumane Cold War anecdote out there, not by a long shot.

@jalefkowit Yeah. With few major explosions happening, it was easy to forget that the Cold War was, in fact, still a war.

@jalefkowit Ironic, considering that for 20 years it was apparently just all 0's
Security through obscurity, I guess.

Better if he had to cut open his own leg to get it. Fairly recent history has shown that you can have a president that will gladly make others suffer or die to get what they want.

bradley @bradley@neatidea.net
@jalefkowit i've heard a punchline that goes along with this:

two civil servants are discussing this problem, and one describes this proposed system to the other

@jalefkowit Let's do it. But don't tell Trump which member of his family has the code.