Jia Tolentino for the New Yorker: "It will be said that Kavanaugh was confirmed despite the #MeToo movement. It would be at least as accurate to say that he was confirmed because of it. Women’s speech—and the fact that we are now listening to it—has enraged men in a way that makes them determined to reëstablish the longstanding hierarchy of power in America." https://www.newyorker.com/news/our-columnists/one-year-of-metoo-what-womens-speech-is-still-not-allowed-to-do 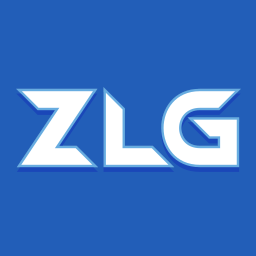 @nev
It has nothing to do with men vs women, and the rag promoting this narrative should know better. They profit from conflict; don't waste your valuable time on their Drama of the Day.

A million "me too"s are meaningless without evidence. We do not owe it to anyone to just believe their words and allow public opinion to sway decisions that should be rooted in fact. Claims must be verifiable to have any credibility; there's nothing sexist about that at all and any group pretending that it is has an ulterior motive.
1+

@zlg @nev Man, why you gotta start off good and then veer off into BS like that?

Correlation does not equal causation but it sure nudges hard and says "look over there". I was skeptical of this sort of stuff too... and then my heckin' mother told me some *rather* disturbing stories. And my sister. And a girl I was dating. And others I trusted.

Claims have to be verified, but putting the SOLE burden of proof on the victim seems pretty unhelpful.

@zlg @nev Put it this way. When your big sister, who can sure as heck take care of herself in life, comes to you and tells you about getting followed down the street by some creeper who kept trying to lay hands on her, are you still gonna say that's meaningless without evidence?

@zlg @nev Or one where my mother, my sister, or my little baby cousin get fucking assaulted and then get told "oh well it's your word against theirs so we're just not even going to try to do anything about it, shrug" or "obviously you're saying that just 'cause you want attention".

@icefox @nev I'll try to address your posts by number.

If we want to talk about the troubles of dealing with authorities, I'll probably agree with you on that. That's a different discussion, though.

2) You're using people who one already has a relationship with as an example, and it's muddying your message. It puts a natural bias to believe someone due to your past relationship. For the record, no, I would not believe a family member just because they claimed something. But that's because some members of my family have a habit of stretching the truth or outright fabrication.

To make this question fair, the person telling you the story should be a stranger. In that case, I lack enough information to conclude, but will default to "Have they done what they should to get the ball rolling on a case? If not, give'em some suggestions."

3) I'm with you on that; I think it's possible to be skeptical and take appropriate action once guilt is established, not a moment before. Anything further is vigilante "justice" that has no place in society.

@zlg @nev Thank you. I got a bit personal there. Let me return to your original post:

"A million "me too"'s are meaningless without evidence."

Do you not take this as evidence that there is *something* going on? Something that might be worth investigating, learning about, and making some sort of decision about, instead of just saying "well it's the victim's problem to do something about it"?

@icefox @nev Not really, no. Are you aware of the sort of misinformation campaigns that have been used throughout history? I'm not going to claim that MeToo is such a campaign, but given the effectiveness of manipulating social media to suit political or commercial goals in recent years, it would not shock me in the slightest. The means are there. Astroturfing, dogpiling, phishing, doxxing, all sorts of ugly, high-charisma social strategies are vying for attention and momentum in society. It's fair to say "there's something going on", but I'm not inclined to blindly go along with it or agree with what that "something" is.

To assume one way or the other is reaching a conclusion with insufficient evidence. Additionally, it's not logically sound to assume "because X% of these claims were credible, the rest are, too." Each incident should be handled in its own context, not by "virtue" of sheer volume. MeToo appears to be about standing up and raising "awareness". What good does that awareness do? If we want to help these women, they need to be in touch with legal aid, not cheerleaders and echo chambers on social media. These social campaigns also have a chilling effect on the out group; in this case, men who do not wish to be seen as a threat. For this reason, some men refuse to be alone with women in their professional life. Is that fair to men? Is it fair to women? Nobody benefits from this except the rabble rousers. Why should a man automatically be assumed to be guilty of certain crimes? Why should a woman need a second man or woman with her in a room in order for her male colleague to feel comfortable around her?

I do not trust our justice system. It has many flaws, but it's really all we have to properly deal with crime that approaches anything resembling "fair". Sexual abuse is a crime, so it should be dealt with accordingly. That means the accused has the right to face their accuser and is entitled to a fair trial by a jury of their peers. At least in America...

The alternative is what we see on social media: a mob of people who are more interested in vengeance than they are public safety or the integrity of justice as a concept. The Code of Hammurabi is thousands of years old, and we ought to be better than that by now. This is why we're supposed to choose people who will act and decide in impartial, reasonable, and humane ways when dealing with criminals. The public mob is not suited for the job.

I suspect we'll agree that choosing the right people to deal with these cases is difficult, but that's true of any government office, tbh.
1+
Oct 11, 2018, 21:46

1) Have you done some research? My research consisted of asking my mother and sister if they had any thoughts about it. ezpz. Turns out they had *no problem at all* believing that it was at least largely legit, for very concrete reasons. Surprised the heck out of me. If you're unwilling to blindly go along with any given "something", try to find out actual information instead of social media hype.

If you discount all of them because some might not be credible, that's just bad science.

@icefox @nev I don't draw a line of significance. One stands to be wrong in either extreme. I just don't feel compelled to believe or disbelieve.

Mathematically we can claim anything over 50% is a majority of cases, but it doesn't account for false accusations. If we discount anything under 50%, we leave victims behind. Neither position is tenable.
0
Oct 11, 2018, 21:50

3) I don't like our justice system all that much, either (though it could be much worse) but I am aware that one of the most effective ways to circumvent it is to avoid getting a battle into court at all. The alleged sort of crime, one where it becomes one word against another and one word is often backed by money and power, seems like it would be *very prone* to that sort of manipulation, and so deserves closer investigation.

@icefox @nev Again, that's a problem with the authorities and you won't get disagreement from me on that. Fixing that problem is about getting the right people in the right positions. Social media campaigns and trending hashtags won't accomplish anything.
1
Oct 11, 2018, 21:58

I gotta go get dinner.

@icefox @nev With all due respect, patronizing isn't your style. I thought our conversation would end amicably but sadly it did not.

@zlg @nev (No really... Please. Talk to the women in your life and see if it changes how you look at the problem. They're the experts on being wen, after all. It changed things for me, and it was a nasty surprise.

If you do and they all agree it's just propeganda, let me know; that's an interesting data point too.)

@icefox @nev Again you're patronizing and assuming that I haven't discussed this with others, or women. I have, and I think both sexes deserve impartiality. No claim is automatically credible, and I stand by that. If you claim something, you should be able to back it up, especially if it's a serious claim with far-reaching consequences. Claims only gain or lose credit when they are examined.

It's easy to get behind the idea of "we should investigate rape claims more", but no accounting is done for the false accusations. Where is the support for the people who've been wrongly accused, male or female? That sort of hypocrisy pushes me away from any "social justice" garbage. Justice means fair treatment for *everyone*, not a subset of "chosen" people at the expense of the bogeyman.
0
Sign in to participate in the conversation