any notion of 'biological sex' we can try to identify is always already gender, always already social, by virtue of us having identified us. we can't reach beyond the concepts we use to apprehend the world, and even if we could, anything we could bring back would then again be a concept

less abstractly, why do you think such-and-such a biological characteristic would be masculine or feminine? if you look at it on a microscope, where will you locate the masculinity or femininity? do the cells wear little pink bows maybe? are there girl molecules and boy molecules? a sex boson that mediates the interaction of making some particles like teal and some like pink?

what's the a priori reason a dick is 'male' but a pussy is 'female'? it doesn't exist. this notion of 'sex', something that is like gender — 'masculine' and 'feminine' are supposed to be categories that can apply to either gender or sex — but also isn't it, can't actually be located within the realm of biology. the 'maleness' or 'femaleness' come from outside: you're projecting them into bodies informed by your preconceived notions of them

ultimately 'biological sex' is an incoherent category; it doesn't exist and can't exist. the idea of a sex/gender split is only an attempt at sequestering some of gender away from criticism: 'this, this is social. but this, this is biological, and you're not allowed to touch it'. it's an ideological distinction

@esvrld cis people: "who would want to criticize the idea of biological sex at 3 am?"

@esvrld and hell, even if you assumed it was, that doesn't change the fact that sex characteristics are mutable at every level, something which people trying to make that case often (and sometimes deliberately) ignore, so even if you did buy that premise it wouldn't mean there's anything inherently male or female about anyone, which is usually the implicit part of that argument

@amandag @esvrld the thing biological essentialists usually bring up to counter that point is karyotype, (even though that's far more variable than they like to admit) which shows that ultimately, the point of that sort of view of gender/sex is to tie how people are allowed or expected to live their lives to a circumstance of their birth which they didn't choose and cannot change 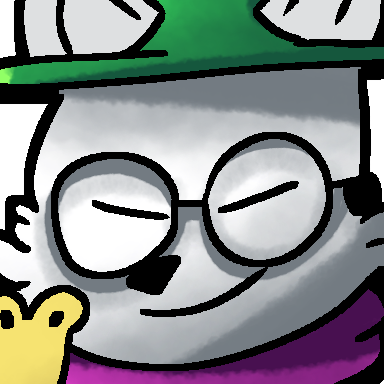 why am i still posting about gender

@esvrld (i know i'm probably supposed to agree with this but i honestly cannot see anything wrong with "biological sex is chromosomes, it is mostly relevant to who you are as a person outside of colorblindness and the dirty dirty (for now)" other than it using the same words as gender
i'm probably gonna get blocked for this aren't i)