@thor@pl.thj.no
@encarsia hahaha, i shared this earlier, but it missed the part about denmark

@thor@pl.thj.no
@encarsia this picture is a great way of learning the geography of the nordic countries. it's funny and cute. 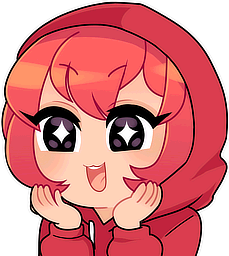 @thor @encarsia
Yeah I know the map, but sweden and denmark have water in between

But my image of Scandinavia doesn't have Denmark.

@thor @encarsia
Well I just see it on the map like 3 north europe brothers so don't know about languages or culture.

@thor@pl.thj.no
@mur2501 @encarsia finnish is in an entirely different language family. while all the nordic countries share some culture, finland and iceland are a bit different from the rest. iceland because it's on an island and historically didn't keep in touch with the ancestors in norway. finland because it's just of a completely different cultural origin, more baltic, like estonia, then scandinavian.
1+
Sep 11, 2020, 11:55

@thor@pl.thj.no
@encarsia @mur2501 also, icelandic is very hard to understand for continental scandinavians. on the continent, the languages have changed a lot over time, but in iceland it did not.
0
Sep 11, 2020, 11:56

@thor @encarsia
Yeah I know the cultural difference, its just denmark looks more a part of Germany then its 2 oversea brothers.
Also the funny thing about Denmark is that the main island is called Zealand.

@thor@pl.thj.no
@mur2501 @encarsia the speech melody and sounds of danish sometimes resemble those of german, and can often come across as mumbly or throaty to swedes and norwegians, but is rather easy for us to read. it's very much linguistically and culturally scandinavian. you're not going to get anyone in scandinavia to agree with you that it's less scandinavian.

also, the norse peoples used to refer to their language as "dansk tunga", i.e. danish tongue. it isn't unlikely that the scandinavian languages actually originated in denmark. after all, the old norse language evolved from an earlier form of germanic, and the scandinavians must've migrated from the south at some point, possibly through the area known as germany today. it seems very likely to me that they settled in denmark first.
1
Sep 11, 2020, 12:05

@thor @encarsia
From the Roman history of europe I know the romans called the peoples from this places as belonging to the Germanic Tribe. So probably there could be a migration or something

@thor@pl.thj.no
@mur2501 @encarsia which is amusing, because, as i just mentioned in a reply that crossed yours, icelandic is probably the most authentic scandinavian language of them all, since it has changed so little since the viking age. they essentially still speak old norse there, with very few changes, and can read the old viking sagas without needing translations.
1
Sep 11, 2020, 12:01

@thor @encarsia
Well my knowledge of geography comes from a diary which had a very detailed maps of every continent. So I just judge this things on where the country seems to be on the map. I have no idea about their culture or language.
Like for me iceland looks more closer to UK then to scandinavia

@mur2501 That's interesting because one could call them the most 'Scandinavian' due to their isolation... @thor

@thor@pl.thj.no
@mur2501 @encarsia why do you think i'm explaining this

@thor @encarsia
Yeah my knowledge of Europe is increasing. Possibly Europe is similar to India in its diversity.

@thor@pl.thj.no
@mur2501 @encarsia you should watch the Eurovision Song Contest. it shows the diversity... but be warned: it can be very gay

OMG @thor, what are you proposing here, are you mad? 😅
Your punishment is listening to epic sax guy in the 10 hrs cut!

@mur2501 I think as Europeans we often don't get that there are misconceptions about all the cultures on this continent. I experienced this with Americans who have their difficulties that the calculation 'white people = one culture' does not work - every country frontier is _at least_ one language and cultural border.
There have always been huge multilateral influences through trade, war and migration during history, still we are not one borg cube.

@encarsia
Well the slang hindi term for foreigners is Firangi which means weird colour or different colour, so somewhere we have seen all whites as the same.
Also in the modern era American movies and shows spread the idea of Europe being a common singular bunch.
@thor

@thor Oh, I missed that.

@thor@pl.thj.no
@encarsia didn't expect you had seen it. my posting volume is extreme.