I want to contribute to your project, how do I start?

(The reason why we want to do renderer v6 is explained in this blog post: https://emersion.fr/blog/2020/status-update-19/)

Trying to get a working multi-GPU system up. Turns out my motherboard wasn't designed with this use-case in mind. 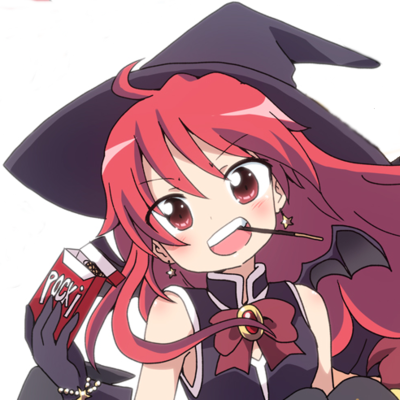 i think this is more or less final now, graphically

(also my phone camera doesn't know how to focus on this...)

Interesting thought: many FOSS projects' leadership are often a very ephemeral concept defined by the list of people who currently have a vested interest in the project being maintained. Contributors swing by when they need something changed, and the maintainers review it if and when they have the time and need. If a contributor sticks around, shows some competence and earns some trust, then it's an easy task to make them a maintainer. It's also very easy to quit being a maintainer, just stop doing it as it stops being in your interest to be involved. A maintainer often needn't actually be a contributor, too. And if a contributor comes by wanting to make some changes, but there are no maintainers, it's a simple matter to fork the repo - and as more people come by the project and find the fork, it gradually replaces the original project, and everyone is happy. Sometimes the original maintainers become contributors to the new project.

Some people view this as a sign that a project is on life support, but I think this is a very healthy lifecycle for a project. Many of my own projects exhibit this behavior. With sway & wlroots, I'm hardly involved at all these days, just making the rare executive decisions when they need making, but the project is still chugging along thanks to the work of those who still have a vested interest in improving it. scdoc is "done", but I still use it and want it to remain simple, so I review patches from the occasional contributor but write effective no new code for it myself. Sourcehut on the other hand is still 99% written by me, but receives frequent contributions from all kinds, and some subsystems are maintained by !me. And I have basically nothing to do with aerc today, but it's still receiving new features all the time.

Taking a very flexible, informal approach to governance has been pretty rewarding in my experience.

I liked Caddy v1, but v2 is annoying in a number of ways:

- TLS for localhost by default? Really? Who cares? Why do you want to install a CA on my machine?
- No reload on SIGUSR1? Is this feature _that_ complicated?
- Why would you nuke the v1 docs from the website?

A gentle tip for filing bugs: if someone asks you for a log, don't trim it. Really. Even if you see red lines or something that looks like an error to you, just include the whole log from start to finish. The only person who knows what is actually an error in your logs is the person fixing your bug, and they'll have to ask you to repost your logs if you trim them down.

Are we going to talk about the fact that official reports from the European Parliament are openly (and approvingly) talking about implementing their own version of the Great Firewall of China?

If you like #xmonad but would like to have some #Wayland goodness in your life: The #Waymonad project is looking for a new maintainer. #haskell https://github.com/waymonad/waymonad