Instead of trying to freeze-frame that video, here's a tweet with the graph, explanation, thread. https://twitter.com/DanielGriffinMD/status/1321867994029580288

Omaha: Fucking hell. My brother is in day 12 of feeling shitty and there's ER talk this morning. Please stay safe out there. ♥️ (I'm safe in KC.)

A quick google search says it would take a monk about 15 months to copy the Bible, so if you could average two bibles per day with a Gutenberg press, that would be about 1.5 kilomonks.

So years ago there was a thing I discovered, drunkmenworkhere , and it had a blog thing that generates blogs for you. It has been generating a blog for me since ... I set it up I don't know when.

As part of the signup process you were supposed to name 4 friends. I named Mnemotron, Bender, Creedance, and someone else. I forget who the fourth is... anyway. OCCASIONALLY I would go in and post as 'Bender.' The odd thing is that this would occasionally get comments on the comments from people telling Bender to shut up. (Like that would work. )

So for SOME reason I just got a mail from livejournal (which I also don't use anymore, so "why?") and it told me that... the blog at forsenicsunitb was updated. (!)

So I went to check and it's been almost 5 years since the last time I posted.

Using a "static analysis"(?) tool for the first time ever. https://codecov.io/ is integrated to our github for Golang and it appears to be really useful for seeing if all logic blocks are covered (or excessively covered!) by the test suite (or not). So far so good! (Possible in Perl? I never tried.)

I need this mask

The EU Council is pushing for encryption backdoors to messenger apps such as WhatsApp and Signal to fight terrorism (German article): https://fm4.orf.at/stories/3008930/

Despite the fact that errors of investigation in Austrian authorities had made the attack possible in the first place and not a lack of digital surveillance powers. Politicians must start to understand that more surveillance will not lead to more security. That's why we fight any attempt for an encryption backdoor: https://tutanota.com/blog/posts/why-a-backdoor-is-a-security-risk/

I think we could all use a rousing rendition of NIN’s “Closer” done a la 70s funk. https://www.youtube.com/watch?v=w-fgoDdZBcA

https://fasiha.github.io/post/excess-returns/ shows the real excess returns of S&P500 over Treasuries over all 40-year horizons of monthly dollar-cost averaging. It shows the median 40-year-excess-return over 150~years is 1.6%~, and for long stretches it was negative, meaning investors were punished for buying stocks instead of risk-free Treasuries.

Includes links to a Google Sheets version of the same calculation as the TypeScript code, which gives me hope that I don't have a bug.

My brother is on day 8 of mild flu-like crud (positive covid-19). My other roommate got better, than worse, better again now. I continue to hide in Missouri... for 2+ more weeks I guess?

Excellent overview of Australia's public & private health care systems, and the challenges each face. Hopefully Americatown will do what Australia did in the 80s. https://pca.st/episode/ce0a9786-5d76-431a-820a-b16a08d24af2

My parents are the most wholesome, loving, honest people I've ever met. The kindness of quiet, truly loving people is extraordinary.

One of my positive roommates (I'm no longer in the house) bounced back in about 36 hours, the other is on day 4 of ~mild flu-like symptoms.

So umm, ya. My roommate tested positive covid-19. So I fled Nebraska, now quarantined in Missouri. I have no symptoms, still waiting for testnebraska.com results, getting a rapid test down here tomorrow 2pm.

If you can wait 36-72 hours for results: testnebraska.com costs nothing. Drove through Oakview Mall parking lot in about 7 minutes, all done (2:30pm). The website will give you an appointment a day or more out, but if you drive there they don't care when your appointment is, they test you.

Alias S1E11 taught me that everything in Cuba, even the sunlight, is yellow (not white). I'm feeling very educated about Cuba now.

Local friends: I hope you know that if you feel unsafe you can call me anytime. You are not alone. 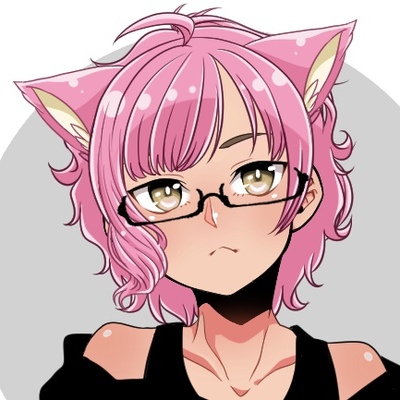