@cwebber just (jokingly) yelled at me from their office: "this is all your fault"

Over lunch I suggested that @cwebber record a quick intro song for #activitypubconf2020 ... an hour later I'm sitting here listening to them sing "twenty-twenty" over and over again in different tones, keys, and levels of vibrato ...

So ok I'm working on something. (Don't expect anything amazing, just something silly and hopefully fun.)

(sorry, that's partly why I do demos, to cut through the technical jargon of the kinds of things I research with a more clear demonstration)

Also it's been a while since I read it, but the comparison of SPKI in http://erights.org/elib/capability/ode/ode-pki.html is almost exactly the same consideration as a comparison between zcap-ld and (well, at least a "live connection") captp type system today, which is fairly interesting!

Having a reusable protocol with fundamental security abstractions wins.

I've been trying to explain why it's good to have a general purpose distributed and generic protocol like CapTP rather than a bespoke one. However Ode to the Grannovetter Diagram already did so for me:

> Cryptographic protocol design is hard and error prone. When we can, we should design generic protocols that implement highly reusable security abstractions.

And yes, you can access your accounts across servers in this system using CapTP.

And yes, you can access your accounts across servers in this system using CapTP.

I just committed an example of "simple money" implemented in #Spritely Goblins https://gitlab.com/spritely/goblins/-/blob/dev/goblins/actor-lib/simple-mint.rkt

25 lines of code and fully transactional (any error that occurs won't corrupt the bank's state, will preserve the amount of money in it). No blockchain required.

Based on the recipe from: http://erights.org/elib/capability/ode/index.html

Also, I know a lot of people like traditional sports! And that's ok! I like lots of non-traditional sports. I get very excited any time I see a video of an Isabelle player in Smash beating someone.

However I'm fully aware that it's sportsballing for entertainment, but that it is kind of arbitrary and unimportant.

I don't really like the term "tribalism"... instead I try to use "sportsballing", because I think it makes it clearer when referring to arbitrary fanatical grouping. "Go team X... we hate team Y!"

I love organizing org-mode trees, and especially going back and ticking a bunch of things off after a period of hyperfocus.

I really get the appeal of vaporwave's aesthetic of "a corrupted nostalgia for a future we were promised but never received", and maybe these days more than ever.

But I think that maybe we can do better to deliver on dreams than we have. But we need to retool to do so.

This album, "Out of Memory", is great hacking music https://zalza.bandcamp.com/album/out-of-memory

Thanks to @craigmaloney for linking me to it! 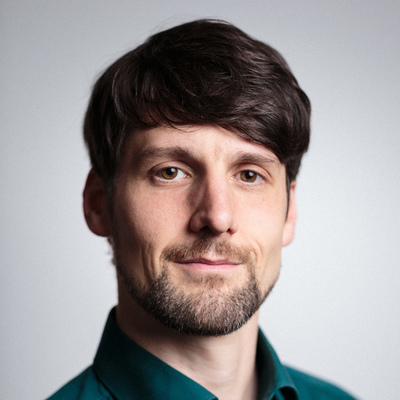 Looking forward to have video and audio call integration in #Dino thanks to #NGIZero #PET.

Made a post to my Patreon stuff, updating about the #Spritely Goblins v0.7 release, my upcoming talks at ActivityPub Conf and RacketCon, and more! https://www.patreon.com/posts/41572120

Thanks to everyone who has supported my work, it really does mean a lot <3