Briefly:
- Make game rules you can survive when it isn't "your turn"
- The alt-right already joined the fediverse and then left https://conf.tube/videos/watch/d8c8ed69-79f0-4987-bafe-84c01f38f966
- Centralized social networks are playing a game nobody can win politically
- But the fediverse's present anti-abuse tooling probably won't scale to a larger incursion
- A better path forward: https://gitlab.com/spritely/ocappub/blob/master/README.org

@cwebber this is brilliant. Did you ever do a talk on all of this?

@cwebber This is very interesting, particularly since the flaws in existing systems are increasingly apparent.

I know this is a difficult question to answer, but how close is an early implementation?

Matrix-Sasuke   @matrixsasuke@fedi.absturztau.be
@cwebber my solution that defeated trolls in my personal experience is to just mute them (temporary muting in progress as a pleroma feature afaik).
They won't even know.
I mean, what is trolling? It's intentionally saying something offensive to provoke a response essentially. Then maybe use weaknesses in the response to further steer the conversation and making OP look bad and ridiculous...
Nothing heard, no provocation, no response, no trolls.

I also like the idea that users can override instance moderation settings, that someone commented on one of your posts earlier...

Matrix-Sasuke   @matrixsasuke@fedi.absturztau.be
@cwebber tbh "keeping unwanted messages off the fediverse" doesn't sound like you are just going to make use of your right not to listen...

How can you hope to control other servers? The most you can do is keep messages off your own server. But that's already frowned upon, because you're breaking conversations (although in some cases understandable).
I hope there is no intent to try and coerce admins via peer pressure and stigmatizing to implement centrally decided block-lists...

Justifying everything with "consent" equating disagreement with rape basically painfully reminds me of pseudo-feminism...
0
Jan 09, 2021, 21:57 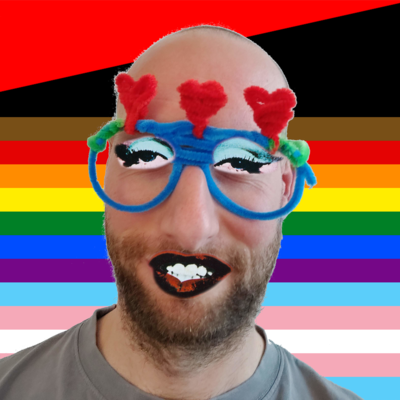 @cwebber I have been thinking about similar problems for a long time and I keep going back to the same solution: PGP style web-of-trust. It's your proposal similar to a WoT? (sorry I have only skimmed your proposal but will try to read it more in detail later)

Come to the point.

I can help on that.

@stman @cwebber
The social graph in the fediverse already grows through friend of a friend mechanisms, but there are still repeated calls for federation based on allow lists, because FOAF isn't explicit or well-understood. Manually maintained allow lists, while appropriate for testing and certain use cases where connection implies trust, are not sufficiently robust to enable federated social networks to avoid capture by moneyed interests

Blocking bad actors collectively is cumbersome and reinforces inequities created by "social capital." It does nothing to protect marginalized communities from harm in the process, and can result in bad decisions from the community, e.g. favoring shitposters and fossposters over transgender and Black voices without regard to the facts of the situation, the voices of victims, or addressing the the harm done in the process

OCaps provides the software mechanisms that are necessary for communities to support platforming, deplatforming, and restorative justice without the technical problems of mechanisms based on encryption. It does this by providing lightweight mechanisms to include the origin in processes vital to verifiable replication of activities referencing it. This removes the reliance on coalition-building and expenditure of social capital in ending harrassment and isolating bad actors without placing those supporting marginalized communities in the position of being unable to see bad behavior that is still reaching affected communities

@yaaps @cwebber I have to deepl translate your post in french to give you any comment. I will do it tomorrow. I'm exhausted right now and going to bed.

@stman
Take care of yourself, friend. There's some vocabulary compression by way of jargon that I can expand if helpful, but I didn't want to drop too long of a post in Chris's mentions

@yaaps Yes. I noted. May Chris forgive me. You know my motives. We are very little time, and few people actualy do think out if the box for real.

Answering this question in many ways is what we have bee keeping doing since we meet.

So I find no ethical problem to asking it to new potential cobtributors knocking at the open door.

The door is by default opened. By the way.

@stman
Graph - The general sense of a web of connections always applies for me, although definitions for specific networks may also apply

FOAF, or Friend of a Friend, is a mechanism where the social graph directs growth. Those who can discover public postings and information about an entity are are those following followers of that entity. This applies for entities like instances as well as individuals, and for mechanisms like asymmetric "following" and not just for reciprocal friends

Allow list, another name for (deprecated because of racism) whitelist, is a mechanism for specifically enumerating those allowed access. Allow list implies "deny by default." The opposite "deny list" implies allow by default. Manually maintained allow and deny lists are the most obvious examples of perimeter security and why it's an unhealthy amount of labor to maintain

Social capital is a metaphor for the perceived value that an entities brings to a society. It is closely related to meritocracy in mechanisms that obscure privilege by focusing on recent contributions and ignoring the discrimination that selectively promotes personal achievement in an unjust world

Platforming is providing scopes for marginalized peoples to discuss their specific oppression without concern about observation and criticism from those who do not share those experiences. This is essential for marginalized communities to be able to strategize about their self-advocacy without becoming isolated (ghettoization)

Restorative justice is a two part process where marginalized communities are allowed to sever contact with harmful individuals and to restore individuals to association within the community with the consent or participation of mainstream users on a network. This involves platforming marginalized communities, providing mechanisms for deplatforming, and scopes in which to discuss community and individual culpability. (Cancelling is restorative justice without mechanisms for restoration, "cancel culture" is white supremacy lashing out at marginalized groups for self defense, and "cancel culture is actually bad" when it's privileged people using marginalized identities in personal disputes and power struggles)

The premise of OCaps is that there is a hidden reference to a function and presenting that reference demonstrates that the presenter was authorized by the issuer to do the thing that the reference refers to, like reply to or boost a post. It looks like OAuth2 in a lot of ways, but the authorization is actually a function reference rather than being an entry in a lookup table, so unauthorized functions for interaction with that content are never in scope for that transaction. This is true in any message passing interface whether the implementation is networked or internal to an object model

@yaaps @stman May I suggest a more general definition for deplatforming?

Deplatforming -- The denial of the ability to disseminate ideas considered objectionable to someone with such ideas.

Not just applicable to fascists...

@mpjgregoire @stman
I had reason for the framing

Gregoire, tell me if I am wrong or not : The small group we participate, on a free voluntary contribution basis to talk about cyberspaces theories, as come to a first consensus : The current cyberspace architecture and concept, tightly connected to most current digital systems architectures and concepts, are deeply fucked up and not fixable, duck tape fixable.

@yaaps @stman Ah. Well you probably had a good reason for that.

Personally, I tried to write a definition that was general and neutral. I think it is misleading to define deplatforming as if it will only ban those whose views I find contemptible. 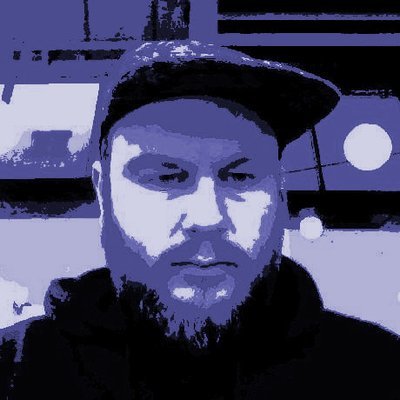 @cwebber thank you for your ongoing work on this. Your writing is very clear and persuasive, I appreciate it!