unfortunately most of us are stuck with the imperative implementation

So I have an announcement. I sent an email to my work saying that I wanted to be able to focus on my work on taking advancing the federated social web to the next level. Read: better security / abuse resistance, richer interactions, virtual worlds.

How will I be funded to do this? I don't know. I do know that the state of the political world scares me enough that I feel I have to do this. If you want to support me: https://www.patreon.com/cwebber

the safest way to use computers is still abstinence

Hi! You may most likely know me as co-editor of ActivityPub, the decentralized social network message which is more-than-likely how you're actually receiving this message! https://www.w3.org/TR/activitypub/

Other things you may want to know:

Me: "That was the best SocialCG meeting we've ever had!"

I'm back on my captp bullshit, this time preparing to do a 3-machine/vat handoffs implementation https://groups.google.com/g/cap-talk/c/-JYtc-L9OvQ

Every now and then while using Twitter, I feel pressured by hovering over other peoples' avatars to play the "oh, they have more followers than me" game.
But that game doesn't really matter, ultimately. I'm known by the people I want to collaborate with the most, which is more meaningful to me.

(I'm better known on here unsurprisingly, and Mastodon's UI *does* display this antipattern, but it's not as in your face as on Twitter as it's not on hover.)

@cwebber @alcinnz The *** tested the waters with the youtube-dl takedown.

After some mulling over new-to-me languages, I decided to take inspiration from @cwebber and attempt to do #AdventOfCode in #Racket this year. Save for some very rudimentary Gnu IMP scripting over a decade ago, I've never really used a #Lisp family language, so this should be fun 🙈

Day 1 is up, and I'd be glad to hear any constructive feedback on the terrible things I'm doing to this language 😅 https://gitlab.com/cincodenada/advent-of-code-2020

Further indication that DRM is more a legal threats tool than a technical impediment tool in the general case: Google sending DMCA takedown notices against repositories that cirvumvent their Widevine DRM system https://torrentfreak.com/google-takes-down-repositories-that-circumvent-its-widevine-drm-201113/

HT to @alcinnz for the link

Google Takes Down Repositories That Circumvent its Widevine DRM: https://torrentfreak.com/google-takes-down-repositories-that-circumvent-its-widevine-drm-201113/

Guix on Goblins on Guile on SeL4 on RISC-V when

Guix on SeL4 when

Gotta give it to the copyright-maximalist lobby, they sure did figure out how to suddenly frame section 230 in a way that tricks all sides into thinking that getting rid of it helps them out when in reality it basically dramatically screws over everyone except RIAA-types

today is a good day to code

"What's the ballpark I gotta swing for?"

see, I know how to compose sensible sportsball metaphors, since ballparks are the things one swings for

Really happy to finally get out this update about goings-on in @spritelyproject https://spritelyproject.org/news/state-of-spritely-december-2020.html

Enjoy! And thanks to @davidrevoy for the INCREDIBLE character artwork! 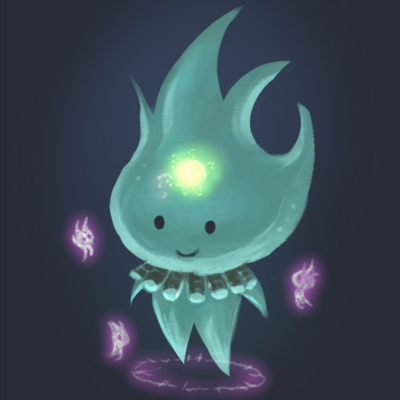 Working on a blogpost with some @spritelyproject news/updates...

I can honestly say I'm happiest when doing my work and making progress. I feel fortunate to be able to do that.

I haven't made as many public updates lately; I will try to make one today or tomorrow. Progress on Spritely has been happening and I'm excited!