Being a trans woman is like building Linux using LLVM instead of GCC.

It's just nature building a woman differently than it usually does.

Just cuz it doesn't have the cis/GNU prefix doesn't mean the rest of it isn't accurate.

No one says "GNU/Linux" either because the difference to the average person is negligible.

So guess who's the odd one out here, tech bros/bigots? 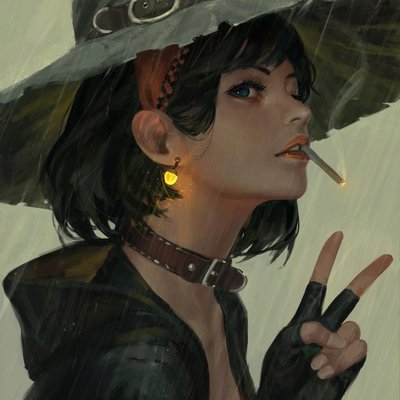 @KitsuneAlicia I don't know what these words mean.

@Estrusflask That's probably for the best. Tech bros are awful.

GNU/Linux isn't the Linux kernel built with GCC, GNU/Linux built with clang (LLVM) is still GNU/Linux*. GNU/Linux is a designation for what makes a POSIX-compatible system: GNU coreutils and glibc with Linux as the kernel. You can build these with any compiler you want, compilers don't matter.

As the previous paragraph suggests, that means there's actually a huge difference between GNU/Linux systems and non-GNU ones, especially for the average person. The average person is more likely to use precompiled binaries (whether proprietary or not) and those will expect glibc in most cases, thus they won't run on something like Alpine Linux (which is busybox+musl/Linux) because they're not binary compatible. Likewise when an average user looks for help online they're much more likely to find solutions that will assume GNU coreutils and their non-portable extensions. (they will also often assume, depending on the question, many other things that can't always be assumed but this just more proof for why these differences are important)

*GNU/Linux can't actually be fully built with clang because glibc needs GCC-only extensions. Idk about coreutils but those are probably fine as is Linux.

We couldn't have said it better ourselves. You sound just as annoying as those "GNU/Linux" tech bros we were referencing.

So guess who's the odd one out here?

I just wanted to be helpful and explain the GNU/Linux thing, because the differences are there and matter (unlike with cis and trans people)

the CW was mostly about how none of this affects your point, just that the analogy doesn't really work, but that's ok

@bea They matter during compilation just as trans differences matter during pregnancy. But even the Linux stuff doesn't matter for the end user, since everything they want gets installed one way or another, usually by automatic methods.

Our point still stands, and you taking the "Actually, it's GNU/Linux" approach to the LLVM side of things only furthers our point that bigotry, whether ableism or transphobia or whatever, is a problem created by elitist scumbags.

@bea We're not pulling any punches here, in case you haven't noticed. You wanna make a point, then make sure it's a good one. Otherwise, that explanation is best left for the ones that actually program this stuff. Anything else is just ableist bigotry.

But that's the thing, they don't, not even a bit. Compilation isn't important here, nobody will even notice what you compiled it with.

everything they want gets installed one way or another, usually by automatic methods.

Only if they're using a GNU/Linux system because these "automatic methods" rely on several assumptions that break down on systems that don't use the glibc and coreutils.

yes, it does, I wasn't saying anything about your point, I just clarified how you misunderstood what GNU/Linux means and how that lead to a not-so-great analogy, I didn't even say there's anything wrong with that, just that you might want to know better next time.

and you taking the "Actually, it's GNU/Linux" approach to the LLVM side of things

I don't know what you mean by this because there is no "actually it's LLVM/Linux", it's literally impossible because LLVM has nothing to do with POSIX userspace.

We're not pulling any punches here, in case you haven't noticed.

you honestly just come off as needlessly aggressive to me but okie, maybe my tone in the first post also seemed aggressive?

Otherwise, that explanation is best left for the ones that actually program this stuff.

not if it affects end users

for example people who play videogames would be lost on something like Alpine Linux, which would literally reject their games because no proprietary Linux game is compiled with musl in mind

Anything else is just ableist bigotry.

genuinely don't know how but okie

I'll have to go to bed now, please reread my first post here again because I hope this is just a misunderstanding, since you still seem to be operating on the assumption that the only difference is at compile time?

either way I hope you have a nice day/night

@bea We don't care where the difference is because that's not the point. And you distracting from our point is precisely why you're being a bigot. Because that's what bigots do to get away with their exclusionary bullshit.

Your "well, actually" was never wanted here in the first place, which you clearly knew since you had the wherewithal to use the cw in the original reply, but chose to ignore anyway.

Now go away, or the next one will be a block.

@KitsuneAlicia i like to think of myself as something like a hackintosh. everyone has the right to install whatever operating system they want on their hardware dammit!!

sure, there's some driver issues, but it's MINE and i LIKE IT

@KitsuneAlicia totally voids the warranty though

@nev So does DIY hormones.

or have a BSD kernel and run the GNU userland

@coolstar @roxxers@roxxers.xyz Honestly, Linux as a whole is non-binary given the traditional corporate binary is between Windows and Mac, so BSD is just one more of the many flavors of non-binary.

@KitsuneAlicia @roxxers funny enough though; macOS itself is a non-binary hybrid of BSD and mach

@coolstar @roxxers@roxxers.xyz lol. Yeah. Ever since Apple discontinued the old OS, they kinda realigned the binary. Gender is a fuck.

Only if you use a distribution that builds from source.