Our first song, "Long Winter", was written by Guresuke-san. Its lyrics evoke in me the spirit of these days of social segregation -- the reign of Camus' Absurd. It's here:
http://mathemorphosis.gravescape.net/audio/long_winter.mp3

Our second song, "Bygone Days", focuses on a different type of absurd -- the one that we face in the course of our daily activities:

I really would like a "translate" button on toots

@Meandres In English, personally I make a distinction between "computer science" and "computing science". You don't need a computer to do computing science. Interesting to see the Spanish word is the same.
The word "informatics" is also used as a synonym in English.

In Dutch it is also "informatica". ("computer" in Dutch is just "computer", but until the early 1960s there was another word in use, "rekenaar" which has essentially the same meaning as "computer")

I had a look in Japanese, and I found the terms 情報学, 情報科学 and 情報工学 for different departments of Japanese universities.
They all have 情報 (jouhou, information) and 学 (gaku, study) in common but the translations are resp. Informatics, Information Science (科学 is science) and Computer Science. The latter has the term 工学 (kougaku, engineering) so literally this is "information engineering". 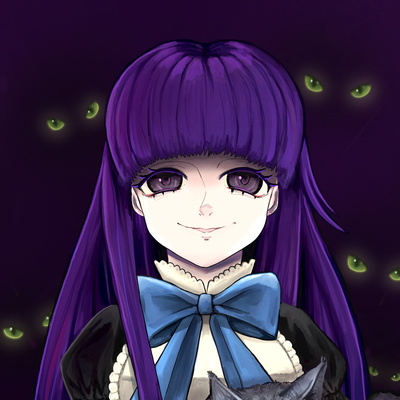 I made a small #drawing. It's on A4 Khadi rough cotton rag paper (320 gsm), I used #watercolour pencils and bistre and the Chinese writing brushes shown in the picture.
#art

@morg@morg.i.ng
Wrote a list of Frequently Asked Questions about Japanese learning, idk maybe it's useful to someone and people will stop asking dumb stuff

Here is Pau of metalheads The Warning with a piano cover of Radiohead's "Creep".

I stumbled across the answer to what was a small riddle to me for many years: the meaning of the 〼 mark in the picture I took of a shop window in Kyoto.

The 〼 is pronounced "masu". A masu (also 枡 or 升) was a square wooden box used to measure rice and the sign is a pictogram of a masu.

But it is also used purely phonetically, like here, as a shorthand for ます. So スーツ有り〼 is スーツあります "suutsu arimasu" which means "we have suits".

Simple once you know but hard to find out.

#Introduction #introductions
Hey everyone! I'm cronomaestro, but you can call me crono for short! I'm #italian, but I also speak #english and #french, and struggle a lot with #russian and #polish.

I listen to #progrock, #metal, #postrock, #synthwave and #classical music. I'm a self-proclaimed devourer of #books, and I like to dabble with #philosophy every once in a while. I'm bi and #queer. I used to suffer from depression and anxiety for a while, but now I'm more in control of my life. I keep a personal #diary on notebooks.

I'm still figuring out how things work here. I'll post mainly in Italian, but I'll make sure to post in the other languages as well.

#askthefediverse
Can someone please give me a link, or suggest me a book, on how to make music using the #Commodore64 #SID?

I legit would have ended up a bit lonelier if I hadn't stumbled upon alternative social media, because the way mainstream social media had been going, I really just started minimizing my online interactions. It was so weird because I was very much the opposite. And it's probably because of the social dynamics those sites started to begin to have and me not wanting to deal with that.

"Ostinato" is a piece for piano, electric guitar, bass, and percussions.

"Ostinato" is from my album "Ley Lines", on Bandcamp: https://eidon.bandcamp.com/album/ley-lines

Available on Bandcamp at https://eidon.bandcamp.com/track/ostinato

@Eidon Here's a whole shamisen band for you, playing a great cover of GO!GO!7188's Ukifune.

When I listen to the Shamisen, emotions overflow and I start crying.

I call this an "ekster". There's a lot of them around here.

Our first song, "Long Winter", was written by Guresuke-san. Its lyrics evoke in me the spirit of these days of social segregation -- the reign of Camus' Absurd. It's here:
http://mathemorphosis.gravescape.net/audio/long_winter.mp3

Our second song, "Bygone Days", focuses on a different type of absurd -- the one that we face in the course of our daily activities: